Based in Donegal and offering coach hire throughout Ireland, we have an extensive fleet of large to medium size coaches and mini buses.

We provide clean, comfortable and affordable travel. Several of our vehicles are wheelchair accessible and equipped with wifi, phone/media charging points, tables and toilet facilities.

When travelling with Marley's, you can expect a top-quality vehicle driven by one of our friendly and experienced drivers. We regularly run services for sports teams, schools, tours and private events.

We are proud to be able to provide a personal service, tailored to our customer's specific requirements. Please contact us for a quote. 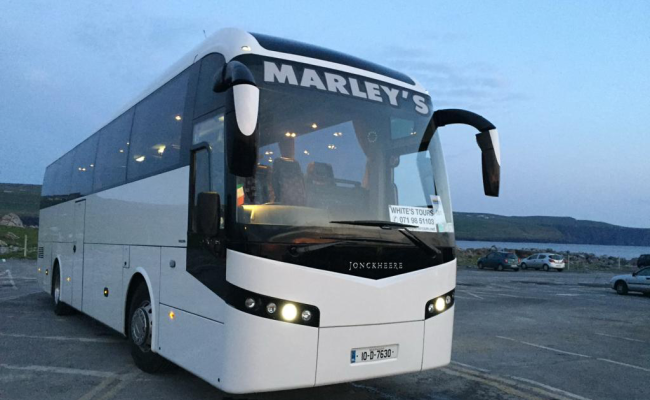 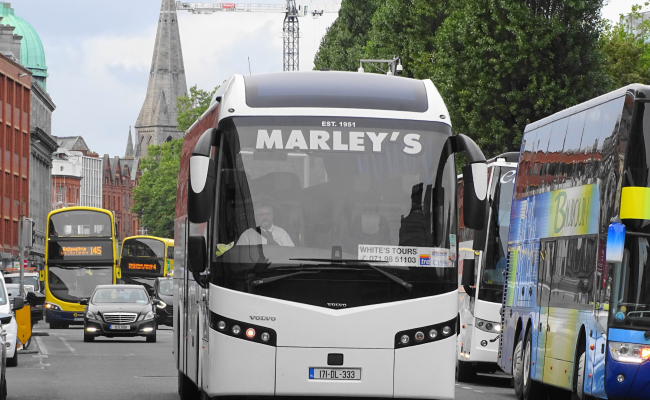 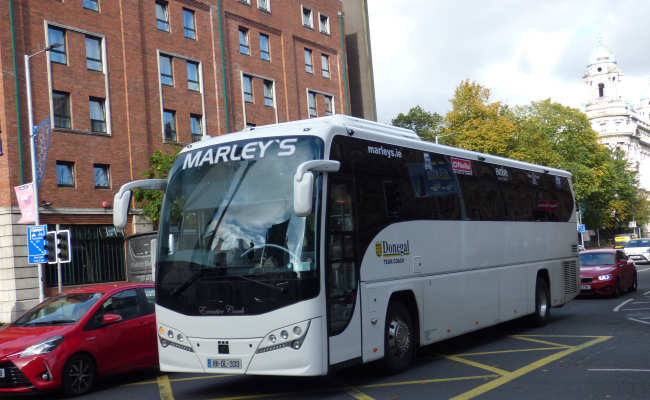 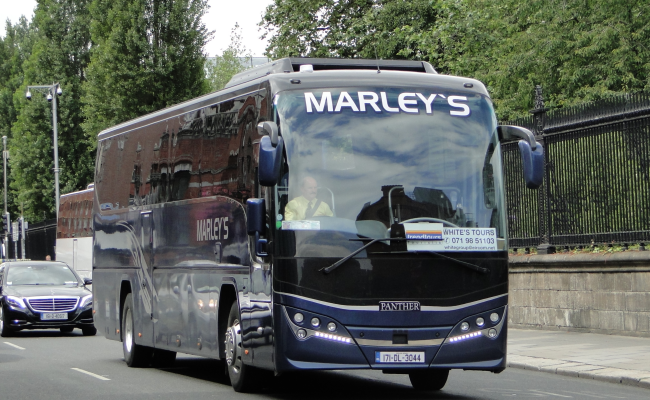 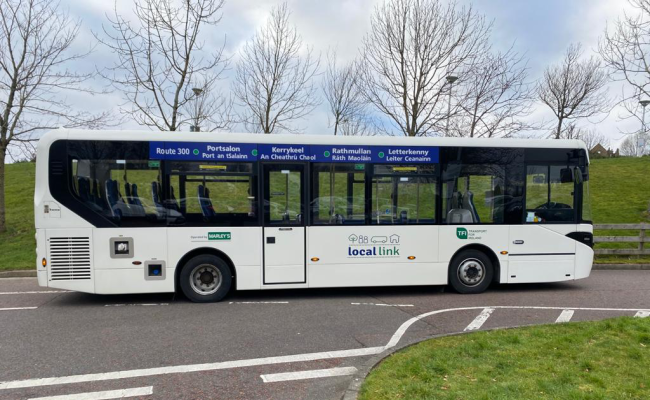 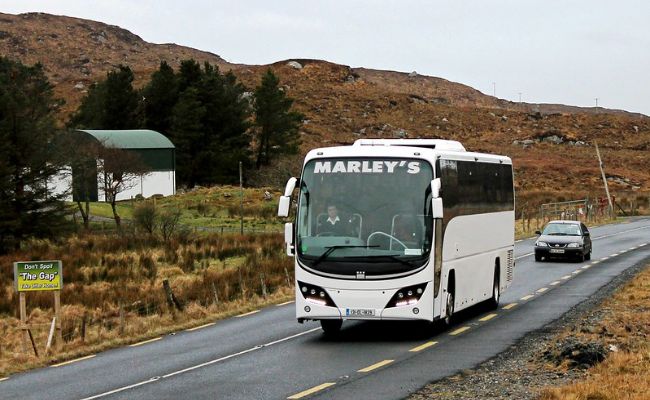 We offer a large variety of buses to cater to your needs. 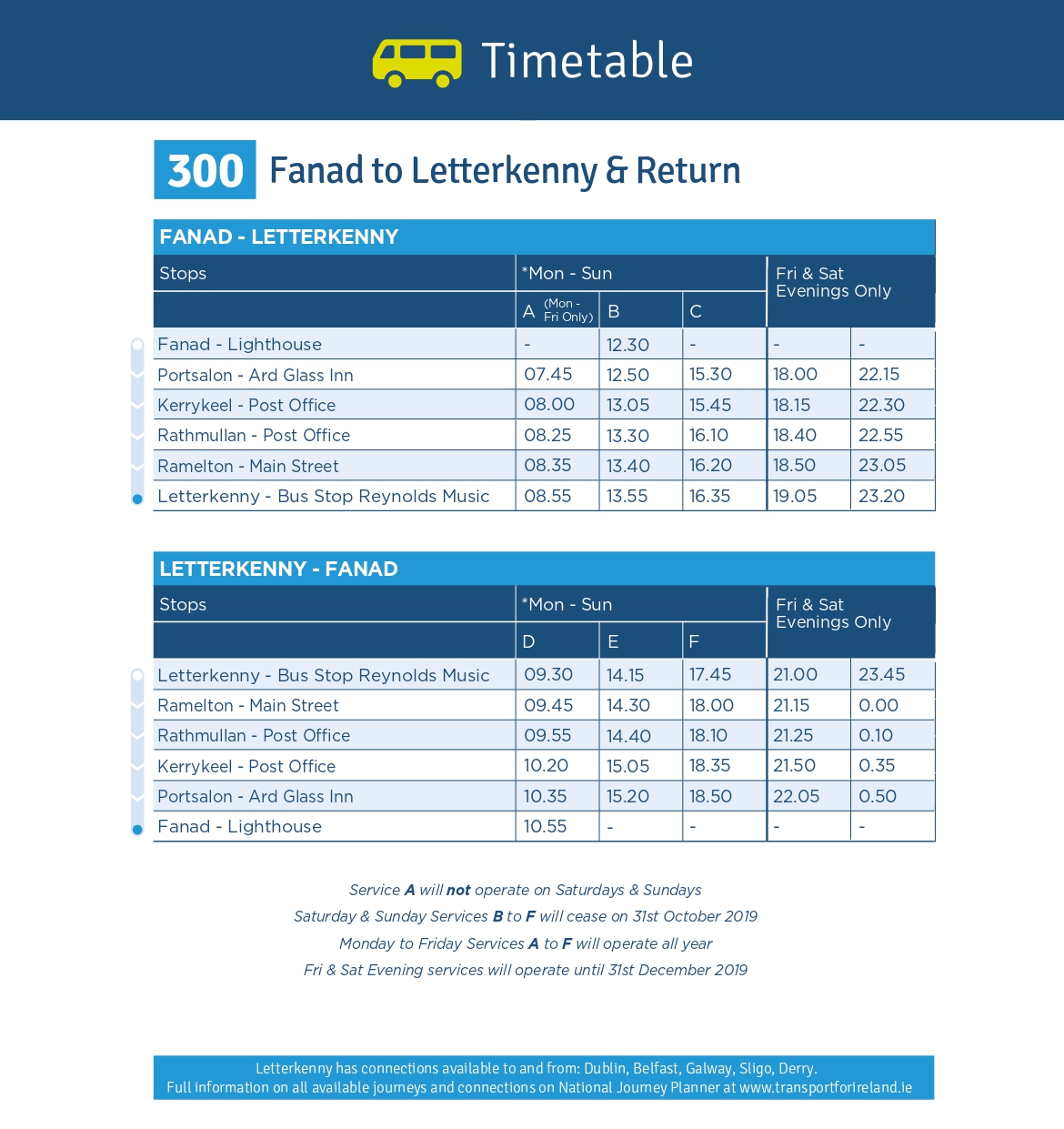 Click on the image to view the timetable in full

The business was founded in 1951 by Joseph Marley who was better known as Joe Francie. As the business grew, Joe received much needed help from his brother, Francie. They did car runs to airports and ferries carrying people seeking work in England and Scotland and they also did weekly runs to the many dance halls around County Donegal. A few years later, Joe started driving many young people to colleges in Galway, Dublin and Maynooth.

Joe later expanded his fleet and started operating small minibuses and coaches and family members, who were working in England and Scotland, helped him source the coaches he needed to grow the business. This growth in business meant that he had to employ more drivers. Joe was then awarded contracts from Donegal County Council who ran the local Hospitals before they were taken over by the North Western Health Board and subsequently by the HSE. He also received contracts for School Transport from CIE, now known as Bus Éireann.

Sport presented another massive opportunity for the expanding company when the local Glenfin GAA Club was formed in 1975 and the various club teams needed to be transported to their Away Games. This was followed by bookings to transport the Donegal County Teams starting in 1981, later part of the eighties saw the company transport Cappry Rovers Soccer teams, then in 1996, Marley’s took on the transport of the newly formed Letterkenny Gaels GAA Club teams and next was Donegal Ladies teams (LGFA) and Finn Harps.

The Company currently operates 12 Large and 18 Medium Coaches and Minibuses, several of which are wheelchair accessible. Marley’s now have coaches fitted with tables, toilets, WiFi and media charging points to each seat to better serve the needs of our many passengers.

Thinking of booking a trip? Contact us today for a quote.